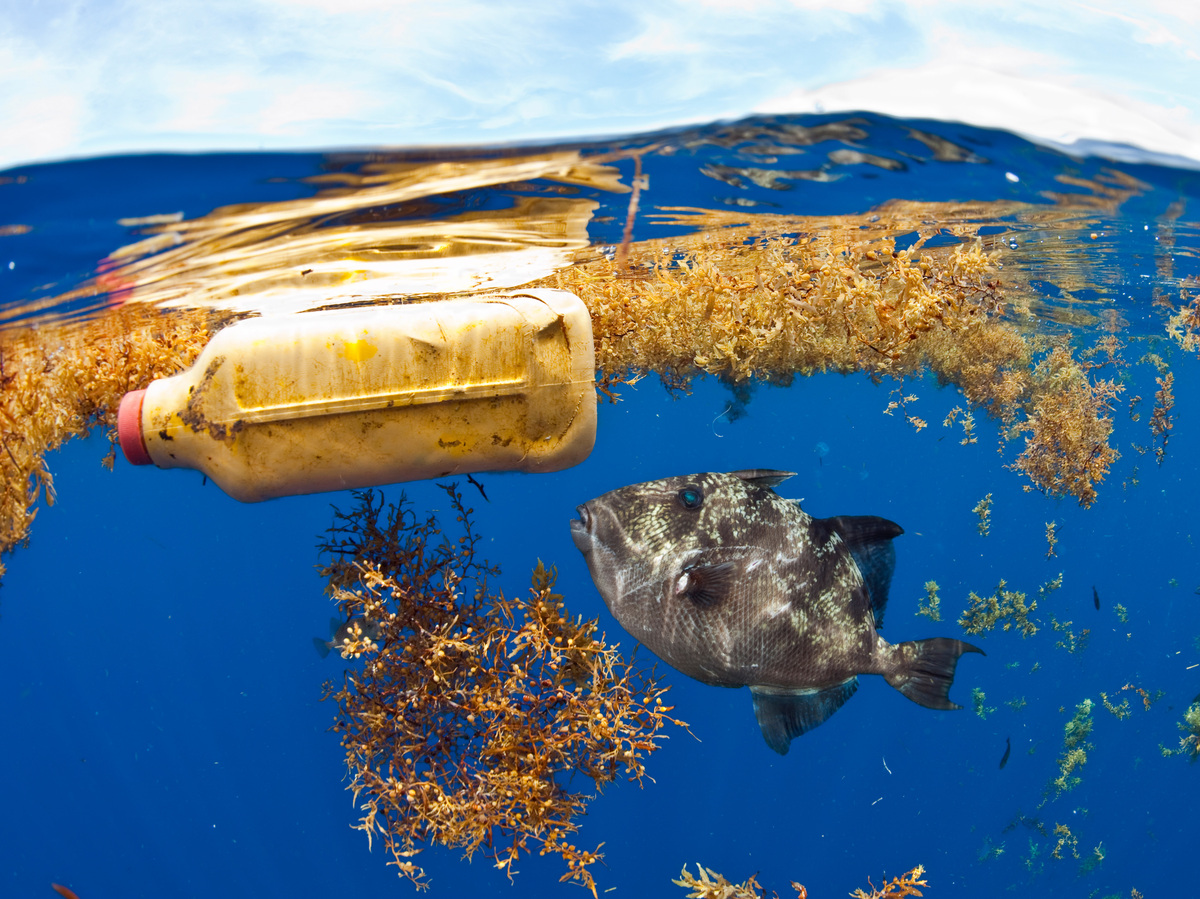 In addition to large plastic trash, researchers estimate that more than 21 million metric tons of tiny plastic debris are floating well below the Atlantic Ocean’s surface.


Scientists are trying to understand how much plastic humans are pumping into the ocean and how long it sticks around. A study published this week says it may be much more than earlier estimates.

By some measures, the plastic trash that’s floating on the surface of the water only accounts for about 1% of the plastic pollution that humans generate.

“If we are missing 99% of plastic that we thought we have put in, it has to be somewhere,” explains Katsiaryna Pabortsava, a researcher at the National Oceanography Centre in the United Kingdom.

She and her colleagues set out to look for the missing plastic debris.

It’s known that very small pieces of plastic, some of them too small to see with the naked eye, are present throughout the environment, including in drinking water, sea salt, beer and fish. Studies have found these tiny pieces, often called microplastics, deep in the Pacific Ocean and in the air above France’s Pyrenees mountains.

But it’s been unclear how much tiny plastic pollution is accumulating in oceans.

Pabortsava and her team looked at three types of microplastic pollution in the top 200 meters of the Atlantic Ocean, and found evidence that a colossal amount of plastic is hanging out below the surface of the water.

The results, published this week in the scientific journal Nature Communications, focus on three types of plastic that are used in common food and other product packaging. 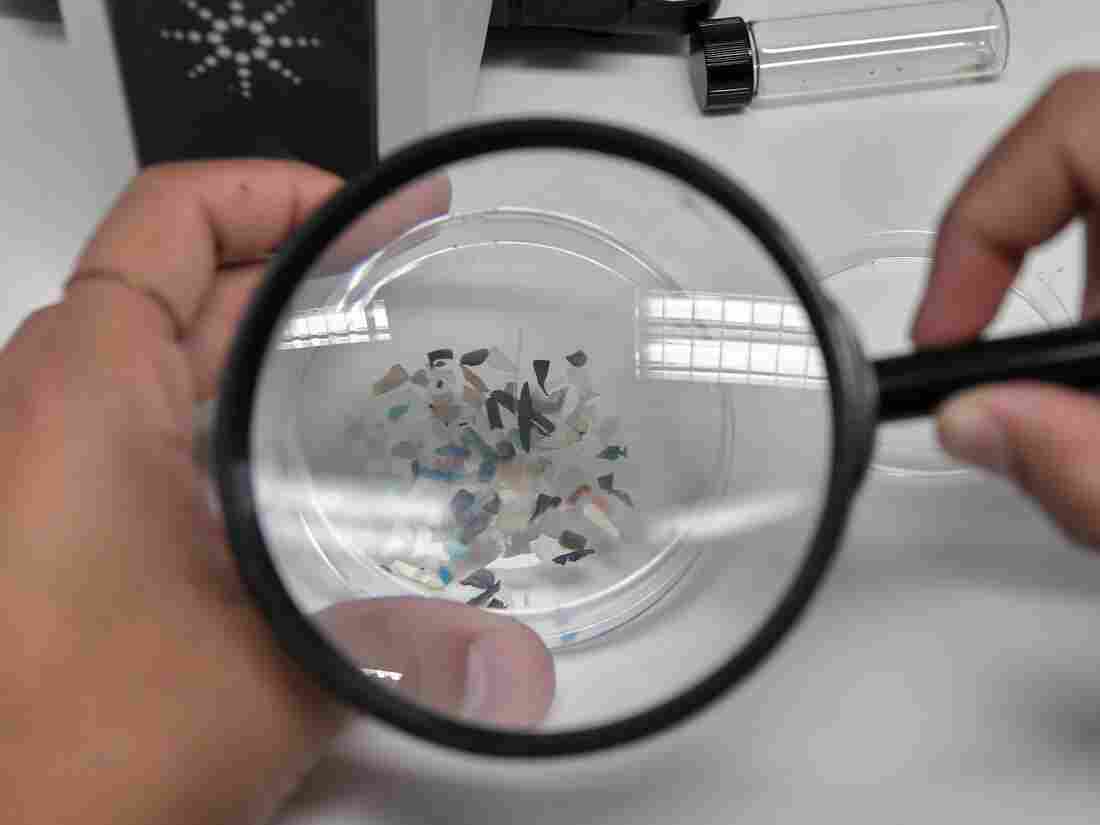 Microplastics have been found inside sea animals including turtles off the coast of Greece. A study suggests there is more plastic pollution in the Atlantic Ocean than previously thought. 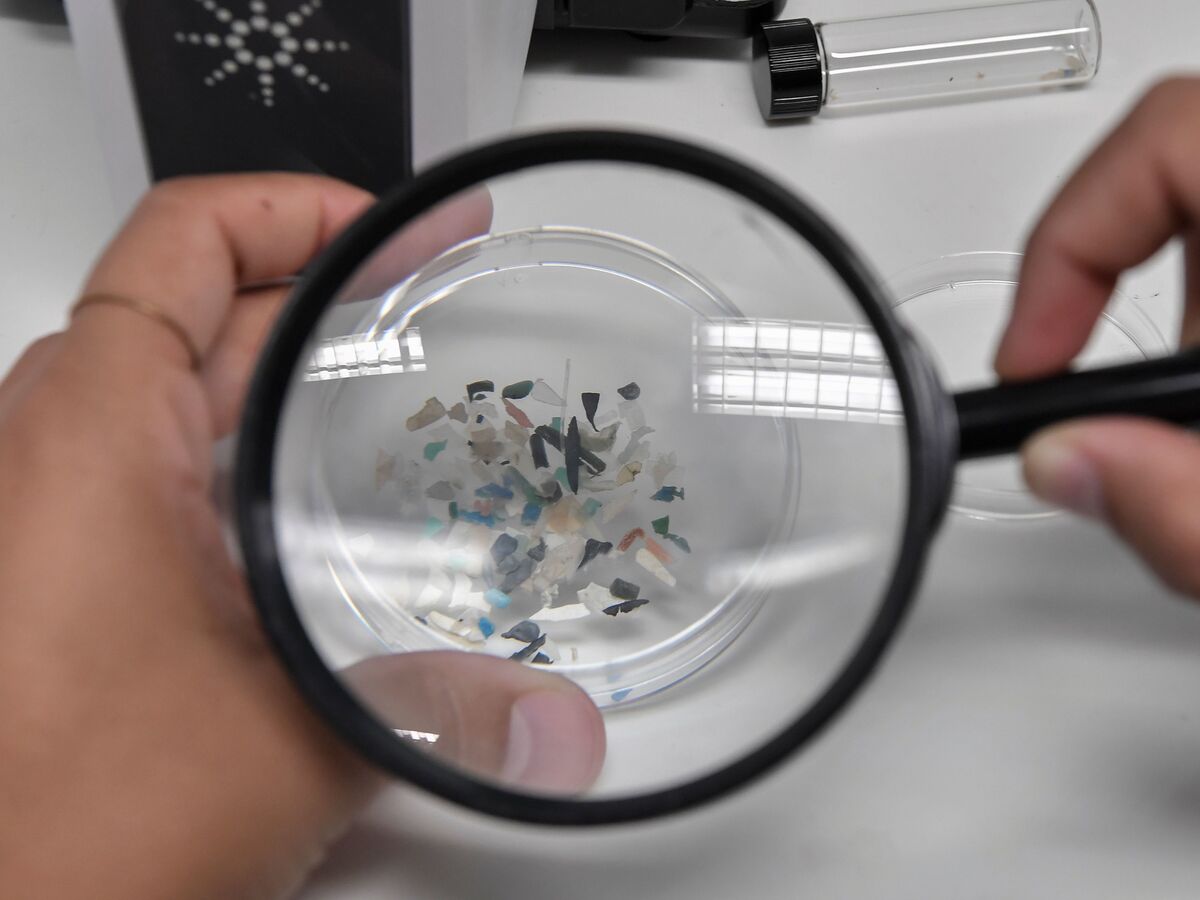 Microplastics have been found inside sea animals including turtles off the coast of Greece. A study suggests there is more plastic pollution in the Atlantic Ocean than previously thought.

The new study finds that the total amount of plastic making its way into the Earth’s oceans is likely higher than previous estimates suggest. A previous study published in 2015 estimated that upwards of 12 million metric tons of plastic trash made it into the oceans in 2010 alone. Scientists only started trying to quantify how much plastic is in the ocean in the last decade.

That analysis was never meant to present a comprehensive picture of plastic in the oceans — it only looked at municipal waste and didn’t account for plastic trash from ships or fish nets lost at sea. Nor did it estimate how long plastic pollution stays in the ocean.

“There are still huge uncertainties about how much plastic goes into the ocean,” says Pabortsava.

The new study adds to what’s known but is still an incomplete picture. It estimates that there is upwards of 21 million metric tons of three common types of small plastic pollution in just the top 200 meters of the Atlantic. It’s a rough estimate — the researchers took samples at just 12 locations up and down the Atlantic and extrapolated from there — and there could be even more plastic of other types.

Microplastic in the ocean comes from two main sources. Tiny spheres of plastic, called microbeads, were a common ingredient in exfoliating soaps sold in the U.S. until the federal government banned their use in personal care products in 2015. The EU did the same last year. But most tiny plastic bits are remnants of larger pieces of plastic broken down by waves and sunlight.

Microplastics below the surface of the ocean are bad news for the whole food chain. Small ocean-dwelling creatures eat them, and the plastic makes its way into larger fish and shellfish that humans eat.

It’s difficult to imagine that eating tiny bits of plastic is good for humans, but the potential health impacts of microplastics are still unknown. A 2018 study noted that seafood is a critical source of sustenance around the world, and that scientists should focus on figuring out how long microplastics survive in the environment and how they affect human health.

Protesters call for inquiry into systemic racism to be campaign issue during N.B. election – New Brunswick

Covid: Vaccine will ‘not return life to normal...

When to Watch NASA’s OSIRIS-REX Mission to Bennu...

To Play Poker in a Pandemic, Americans Flee...

How Can We Shift Our Mindset To Fight...